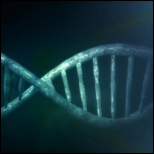 Citizen Science to the rescue!

The concept of Citizen Science has attracted a lot of attention over the past few years. But most of us scientists still need to understand that interest in science and curiosity can lead to extremely valuables observations and discoveries regardless of the person’s professional background. And a bit more selfishly, we should also realize that strong interest from the general public often turns out to be beneficial, for instance by providing volunteering time, public support for more funding, and better exposure of the work.

A great story by David Epstein, published by ProPublica and This American Life on the 15th of January 2016, tells us the story of Jill Viles, a muscular dystrophy patient who went undiagnosed  for years and who finally took things into her owns hands. She came across descriptions of patients with the same symptoms and phenotype than her in medical books and came to the conclusion that she had a rare type of muscular dystrophy called Emery-Dreifuss. Later she also found that she was also suffering from partial lipodystrophy. Not only that, she then found that Priscilla Lopes-Schliep, a world class athlete, had a related condition to her by looking at the specific features of the athlete exceptionally muscular body. It was then confirmed that similar (but different) mutations on the lamin gene cause both Jill’s and Priscilla’s body features.

Thankfully, more and more researchers are recognizing the importance of citizen participation to advance scientific research. And although amateur scientists have have been collected note about bird sightings or tracking the stars in the night sky for very long times, now they can directly engage with professional researchers and engage in major scientific project through online platforms.

In 2013, a group of scientists created a platform called Matchmaker Exchange to help find the genetic causes for patients with rare diseases. It connects several databases of phenotypes and genotypes together and guides patients towards the right resources to submit their genotype with the hope of getting closer to a diagnostic. This platforms and others give a stronger voice to patients and their families, recognizing that they have a role to play in our collective fight against diseases.

As for us, it is not always clear how the general public could participate in more technical research, when research is centred around experimental work that require equipment and know-how. But even then, we are keeping our eyes open for opportunities. The rise of DIY science illustrated by the growth of bio-hacking spaces all over the world tells me that we might soon get more input from non-scientist that we currently think is possible.