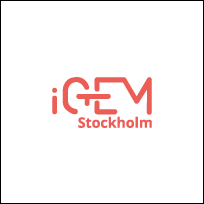 A group of students from the Stockholm area has come together to enter 2017 iGEM, the international competition of synthetic biology. Our group is happy to be part of the adventure and lending a hand with our mucus expertise and the theme of the project: developing mucus degrading bacteria for the engineering of diseased lung microbiota.

Check out their project video that sums it up!

Beyond the science and technology, the iGEM competition is also about communication. Have a look at this interview and tutorial on how to make your own slime!

We will come back to them after the project is over with updates on their achievements! Good luck to them!

Congratulations to the 2017 Stockholm iGEM team for  presenting their work in Boston last week at the iGEM giant jamboree. The team did an excellent job at promoting their work both at poster sessions and during an oral presentation (see video below). The Stockholm team did not go unnoticed, attracting the attentions of students and judges alike. The originality of the work, the diversity of the team (11 different nationalities, both scientific and non-scientific background), and the friendly jovial atmosphere in the group made the team stand out.

The team has received a gold medal from iGEM as a reward for their high-quality project that fulfilled the highest quality standards for an iGEM project. The Stockholm team was also nominated for a special award in entrepreneurship, but was not attributed the award. All of Stockholm, (me in particular)  are very proud of the work accomplished!