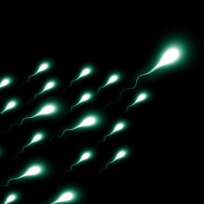 Congratulations to Ulrike Schimpf and co-authors for the latest publication in our group. We are proud of this work and everyone involved in it. It is the result of a 2 years effort over multiple labs including the ANOVA clinical at Karolinska University Hospital, the IMP lab in Lyon, and us at KTH.

This work stems from our previous work looking at the use of low molar mass chitosan polysaccharides as a way to reinforce the barrier properties of mucus. This mucus-reinforcing strategy is currently under investigation as a new approach to contraception, where chitosan could be used to crosslink cervical mucus. Then the question of chitosan compatibility with spermatozoa became very relevant to us.

As we searched the literature, we found claims regarding spermicidal properties of chitosans in many articles. Typically, the claims were made in the introduction of the articles, referencing reviews that themselves referenced other reviews. It was hard to track down any original study clearly showing this. By the way, please do contact us if you know of such a study.

So we took the matter in our own hands. Ulrike has access to human sperm samples in collaboration with the ANOVA clinic of Karolinska University Hospital. We chose the oligo-chitosans which are soluble at neutral pH to make sure we isolate the effect of chitosan. The effect of high molar mass chitosan would be very hard to decipher since the low pH necessary to dissolve them would itself have a large effect on spermatozoa activity.

We found that the oligo-chitosan is not cytotoxic to the spermatozoa, but that it does decrease the velocity and ATP production at high dose.